Welcome to the Whites! For so long I have dreaded the wicked climbs and logistical hassles of the White Mountain National Forest. Today I finally got to jump in. My day began with a gentle climb similar to the terrain yesterday, but the slope just kept increasing. All told, I ended up on the summit of Mount Moriah, 2700 feet above the shelter. It was the morning though, so I was still fresh. I dropped down between mountains then climbed Carter Mountain, back down into Zeta Pass, then back up to Mount Hight. The trail up was short and steep, and the sun was really out for the first time in a while. On the way, I decided I would try to do a work-for-stay position at Carter Notch Hut. Huts are spread throughout the AMC's domain, and they usually cost $125 a night. However, thru-hikers are offered the chance to do a little work in exchange for leftovers from dinner and a night's stay. I had heard all kinds of things about the huts. Get there too early, and they'll send you on. Get there too late, and the two-hiker quota will be met for the night. I agonized about when to get there, ending up choosing slightly after 3 as my hour of attack. Justin, the head Croo member, told me I was a little early but I could wait. Around 4, he said they would have me. I was elated. Yesterday I saw a moose and today I would be eating home-cooked food and sleeping inside. The added benefit was not having to keep hiking, since those 13 short miles had really kicked my butt. 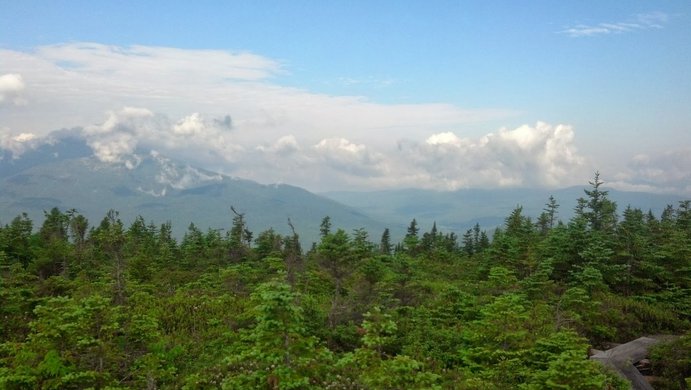 I was joined later by two nobos (the Hut took on an extra) and I asked them for stories and advice. Around dinner time, I washed dishes as they were quickly recirculated to serve the next course. A croo member had hurt her foot and had to leave, making me a valuable asset. After the guests had their dinner, we got the leftovers. Trying to keep pace with the hungry hungry nobos, I got pretty full. I felt like I might get sick, but all is well now. The downside is that we couldn't set up our sleeping bags until lights-out at 9:30, so sleep is rushing over me right now. Tomorrow might be my ascent of the Presidentials, the crown range of the Whites, so I have to get an early start. Whites day 2, here we go! 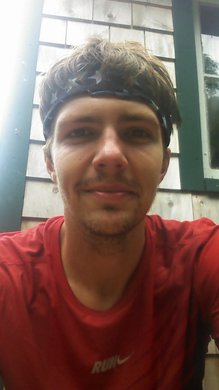