Today was one of those days where it seemed like absolutely everything went smoothly. I fell asleep so quickly last night that I don't even remember laying down. I woke up to my alarm, presumably never having woken up in between. It was the perfect temperature on the peak, and I was completely undisturbed by bugs. That set me off on the right path. I was on the road before 6, making miles down to Mad Tom Notch, where I checked my watch and was amazed by my pace. The terrain must have been very forgiving. I made the next gentle climb up Bromley, a ski mountain, with no trouble. On the summit, I found a ski gondola system just like the one I saw on Wildcat. The trail abruptly turned right, and I was walking down a ski run. The trees parted and I saw piping on either side of the trail. Who knew you could ski the AT?? The trail dove back into the woods soon and I began seeing northbounders. I said hi to Don's Brother and Pilgrim, who asked if I was blogging and shared their sites as well. I flew down the gentle slope and arrived at a gravel parking lot just in time to see two southbounders walking onto the road to get a hitch. Not wanting to crowd their spot, I walked a bit down the road to grab my hitch. They got theirs, and a couple minutes later I was sitting in the back of a car myself. The driver dropped me off by the town park, telling me there was a waterfall there. "It's not natural, like I mean it's man-made, but it's cool." I shook his hand and went to check out the 1000th waterfall I'd seen on this trip, still slightly intrigued nonetheless. 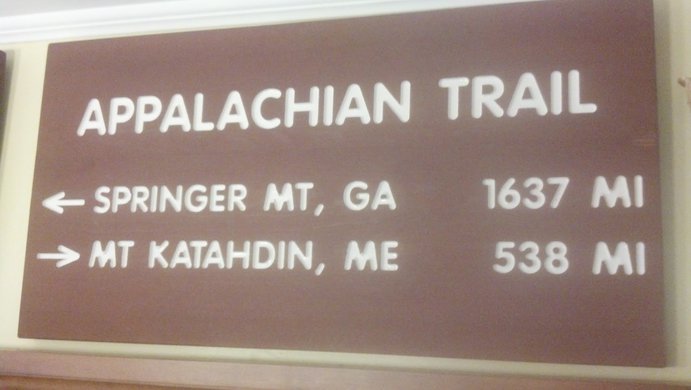 The first building I spotted was a Polo Store. Many similar establishments peppered a shopping center, and I walked a different direction in search of some food. It became quickly apparent that this was a rich Vermont town, so I went to the gas station for sustenance. It's not that I frown on towns like this, it's just that I'd rather not feel awkward in an upscale brunchy-type place and throw down fifteen dollars for eggs. I walked around town after getting an egg salad sandwich and some juice, in search of the grocery store and the McDonald's. I just wanted an unpretentious place to sit and check my phone. At Mickey D's, I ran into the two guys who had hitched into town right before me. Turns out they had reservations at the same hostel as me. They were headed south on the Long Trail, a path that runs the entire height of Vermont from Massachusetts to Canada and is concurrent with the AT in the southern half of the state. I did my grocery store resupply and met them outside to get organized at a picnic table. We called the owner of Green Mountain House for a ride and he picked us up in a half hour. 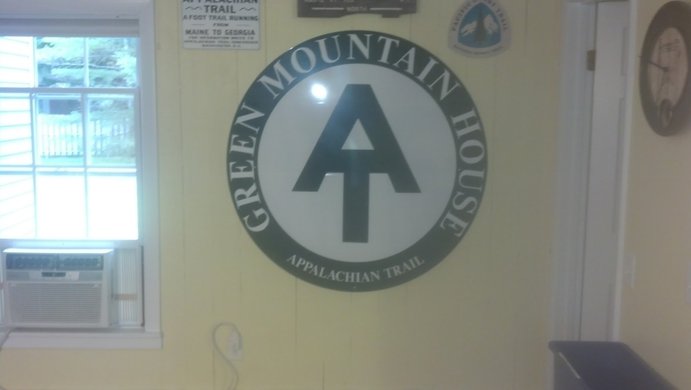 This hostel is like no other one I've experienced, and probably not like one I'll see in the future. It takes about seven guests a night, and for $25, you get an amazing setup. We sleep in the guest house, which is immaculately clean and well-stocked with breakfast supplies. The sheets are so white, the floor so free of dust. Maps of prominent long-distance trails adorn the walls. Appalachian Trail memorabilia tastefully adorns the space. It's great. I took a long shower then went on the computer to order a warm-weather sleeping bag; a fifteen-degree bag is just too warm these days. Then I watched "The Goonies" for the first time with my sobo Long Trail friends. It was great to have a long day of doing nothing. Soon other guests arrived, including Don's Brother and Pilgrim, who I had spotted going north earlier. I was baffled, until Don's Brother informed me that he likes the hiking aspect of the AT, but he doesn't like sleeping in the woods. For the entire trip, he has been arranging ways to stay in towns, slackpacking by day while returning to a nice bed at night. Pilgrim joined him in his plan in an attempt to gain back some of the weight he had lost. Three square meals a day really helps that goal. There are so many ways to complete this trail. Don's Brother cooked dinner for us, which I topped off with a free pint of Ben and Jerry's ice cream from the fridge. This place is too good to be true. It's back on the trail tomorrow, and I hear some scattered thundershowers might bring the temperatures back to regular New England levels. Very Nice! 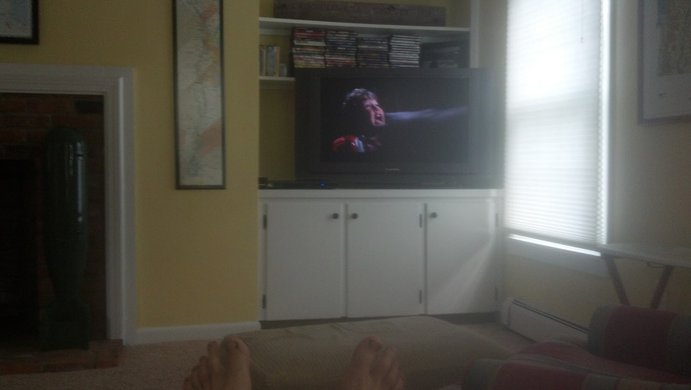 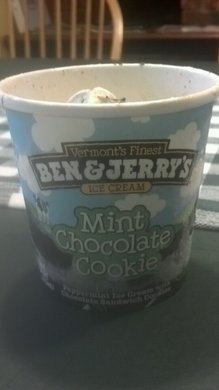