Later, we caught up with the others from the shelter last night and we all stopped for lunch. Flip had found an old rusty machete and was carrying it around making sinister faces. I headed on with the Sobros again and we made it to Rainbow Stream in a couple hours, getting in at 2, with the others close behind. There was a bog bridge to cross the stream that I liked. After that, we washed off in the water and enjoyed the sunshine. I chatted with Mulligan and Wes about mileage plans for the rest of the hundred-mile wilderness. I'm about to make some dinner then get to bed early. Feeling good today! 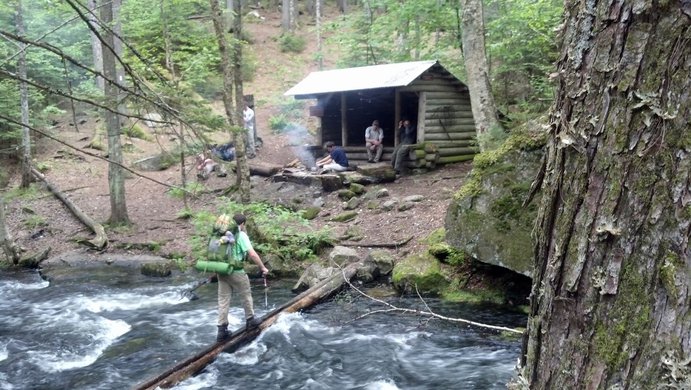