Today began sort of late because I slept in after watching TV until 11 last night. I deem it totally worth it. I turned the glowing box on again this morning so I could check the weather one last time...yep, it was still looking good. No rain on the horizon and temps maxing out in the upper 70s in the valleys. I quickly packed up the remainder of my stuff, checked out of my room, and went next door to the gas station to check if there were any small containers of bug spray. No luck. I went to the other gas station and got the same story: all these hikers have been cleaning them out. Mildly annoyed, I walked up the road to the Price Chopper, finding a small container with only a small amount of DEET, but I was satisfied. I was even more satisfied after grabbing a bavarian cream-filled donut from the bakery. I walked to the road leading to the trail and stuck out my thumb. Not two cars passed before someone pulled over. I think these nobos are crazy - hitching in New England has been really easy! I think it might have something to do with me not traveling in a group of six to ten people.

I really enjoyed the hiking today. The terrain had some ups and downs but was smooth most of the way. This combined with the crisp, cool air to put me in a good mood. I tried a new type of Clif Bar, too: cool mint chocolate. I recommend this as a morning snack because it reminded me of the morning, very fresh and invigorating. On a higher section in the woods, I found a turtle hiking the trail right in front of me. His tail reminded me of those I've seen on snapping turtles on TV. I didn't take any chances with him. I stooped down next to him, and he looked pretty defensive and bashful. I stuck my trekking pole near his front to see what he would do with it. And with that, I present my first video from the AT. Please forgive my narration; it was early.

I hiked down from the ridge and completed some flat miles through farmland. I find these walks enjoyable, especially because they're flat. I quickly came to a road that my guide promised to have a deli. In fact, this deli was a mile and a half west, so I took this as a sign to eat the food I had packed for once. I sat and relaxed in the shade as I spread my chocolate peanut butter on tortillas. Soon I was back in action, again climbing up the ridge. This time my destination was Mt. Everett. On my way up, I passed by Brightside, the sobo I met the other day. He had stopped for a rest so I continued on up the incline. After Everett was a ridge walk along Race Mountain. Somewhere in the middle of these two peaks, I got inexplicably bummed out. What is there to look forward to in the next states? What is the challenge? I asked myself. I thought about the southern mountains: Virginia, Tennessee, North Carolina, Georgia. Those are my dream mountains. What do these mid-Atlantic lowlands have to offer? Mosquitoes and heat? I couldn't shake my funk, even as I checked out the great views from Race and ate the wild blueberries that grew in abundance near the rocks. 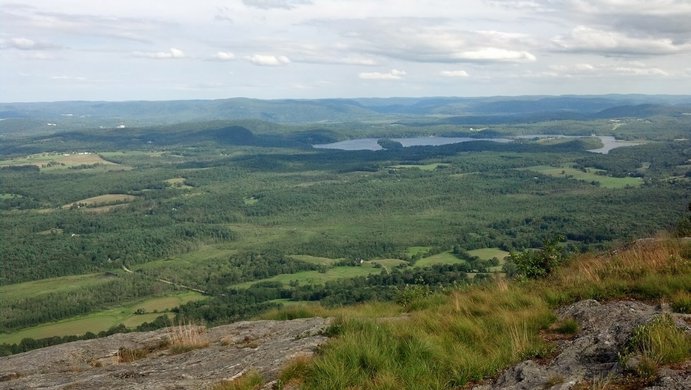 Brightside passed by, hauling tail as he usually does. I walked behind him for a while, sharing my "bummedness" feelings, but let him pull ahead. I caught back up to him shortly after crossing into Connecticut. He was slowing down as he approached the shelter. We again walked together, with him insisting that I should speak up if I wanted to go ahead. I had originally planned to get one shelter further tonight, but I figured I could always do that later. We got to the top of a surprisingly steep climb up Bear Mountain, where there was a stone observation tower (pile?). We sat, enjoying the sun and cool breeze, chatting with a day hiker. The funk began to shake from my mind. I was reminded that the trail is largely about the people who hike it. I decided then that I would take a slightly shorter day to bond with a fellow sobo. We got to our destination and found it empty. We have it all to ourselves! On top of that, the air is crisp and cool, and the bugs are minimal to nonexistent. Brightside's disposition is contagious. My happiness doesn't come from pushing huge miles, as I had thought, but from having a solid day and sharing the company of other hikers. It's amazing the mood swings that can happen out here. Don't worry, I'm not leaving this trail that easily. There's too much good stuff to be found! 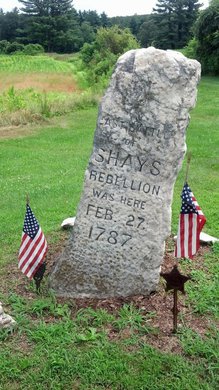 Monument to Shays Rebellion, which led to the reform of the Articles of Confederation (thank you wikipedia) 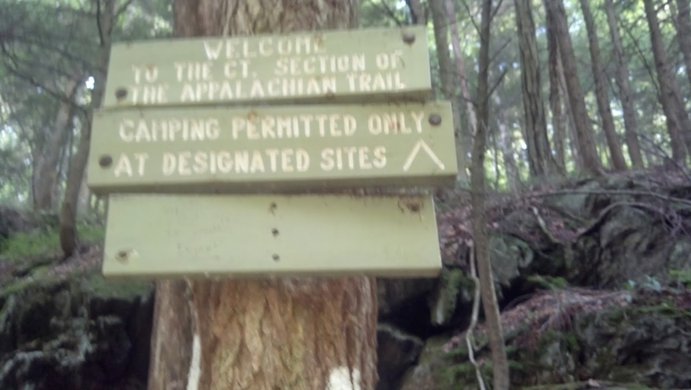