I believe today is the start of my new hiking philosophy: not doing as many miles as I possibly can, thus enjoying the day. I would like to claim that I succeeded. Last night in the shelter, Brightside and I came to the realization that in order to make it to the Sharon Post Office before closing time, I would have to do 22 miles before roughly 3:30. Considering my wake-up time, this wasn't too daunting of a task, but I certainly felt the heat on the back of my neck. When my alarm sounded this morning, I had a tough time getting out of my comfy sleeping bag. There was still a nip in the air, so I got ready with my legs in the bag and started off hiking with my nano-puff jacket on. It was really enjoyable hiking. Smooth terrain again and perfectly crisp temperatures combined to make the miles slide away. I passed by Falls Village, a town that is three tenths of a mile off trail, by 9:30. Because I was ahead of schedule, I went in to check it out. There wasn't much going on, but the cafe was filled with hikers. I got a delicious breakfast sandwich and sat down at a table of at least eight nobos. "What? A sobo that likes people?" they exclaimed. Not having met too many of my kind yet, this group must have still been relying on stereotypes to characterize southbounders. We chatted for a bit, but then it was back to the trail for Rooster. 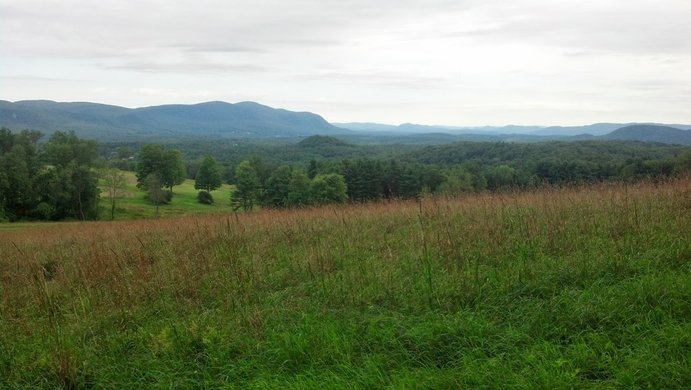 The following walk was even flatter than the first part of the day. I cruised along until a steep climb slowed my roll. After that, the ground kind of rippled up and down, making me slow down. For the first time on my trip, I had begun counting northbounders this morning. Passing one, I informed her that she was my twentieth nobo of the day. She told my I was the first sobo she had seen, and like magic, she handed me a snickers bar. I ate it in front of her so she could see my joy firsthand.

After passing about seven more nobos, I crossed the road that would take me to Sharon, CT, where I had a package to pick up. The problem: this road had no cars on it. I sat down next to a group of hikers (nobos 27, 28, 29, and 30), who had a ride coming for them. They graciously drove me into Sharon. The trail delivered again. I went straight to the PO and got my package. Inside was my new warm-weather sleeping bag! I used the box to mail home my cold-weather bag along with some stuff I never used (I'm looking at you, sunglasses). With only two miles of hiking left to my destination, I explored the town. When I explore a town, I typically look for a library and a place to eat. I found both. While grabbing a sandwich from Sharon's grocery store, another customer looked me over and correctly surmised that I was hiking the trail. "Do you need a ride back?" he asked. As a matter of fact, I had no idea how I would get back to that seldom-traveled trail crossing. I thanked the stars and quickly purchased some other snacks for the road. 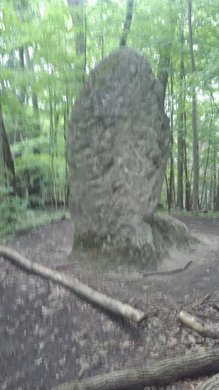 Back on the trail, I sat on a rock and ate dinner. The last two miles of hiking felt easy, but that's probably because I was so relaxed, not having a deadline to meet. I rolled up to the campsite, which contained one last nobo for the day. After setting up my tent, however, I heard him talking on his cell phone. It turns out that there is a Super Trail Angel named Miss Janet who follows the nobos up the trail, giving them shuttles as they go. My fellow camper had decided not to camp, and was calling in for a ride to town. Wow, I thought April-start nobos had it easy, but I had no idea. They don't have to deal with snow, isolation, hard mountains, or even hitches. No wonder I have seen so many thru-hikers that looked less than "typical", shall we say. Anyways, the campsite is all mine now, and I have time to relax. Maybe I'll use the privy, which is actually just a toilet with no walls. At least you get a view!