Another day, another town. That's how it has become out here. You won't hear me complaining, though. I love the woods and mountains, but I also like town food and social interaction. Today's victim was Kent, CT. Earlier in the day, I bypassed the town of Cornwall Bridge, which has a package store that promises a free beer to thru-hikers. I figured 7 AM was a little early for a brewski. The day's elevation profile looked roughly flat, but the texture of the terrain made for a tougher morning than I had expected. At one point in the morning, I paused to take a drink from my water bottle as I crossed a road. Behind me in the woods, I heard the jangling of metal. I excitedly scanned the foliage, expecting to see a bear that had gotten his paws on some kind of container. What I saw was even more amazing: a thru-hiker running down the steep incline with a full pack. Named after a character in the movie "The Big Lebowski", he is called The Jesus. We said hi before he disappeared back into the woods on the other side of the road. 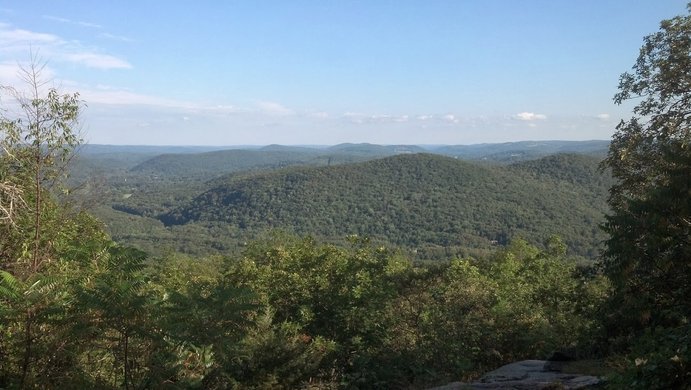 I was already pretty beat up when I got to Kent, only 14 miles into my day. The town is situated close to the trail, but not directly on it. I would have felt dumb sticking my thumb out for an 0.8 mile hitch, so I walked into town. This town was definitely not geared specifically towards hikers. There was an outfitter, but Kent is otherwise a rich New England town. Weird artsy stores and upscale restaurants dominate the scene. I quenched my hunger with convenience store food so that I would make more prudent buying decisions during the day, but still went over to a diner. The garden burger I had was awesome, and I guzzled iced tea like a gremlin. I hit up the library and the IGA for groceries, then started walking out of town. A guy who looked like a hiker honked at me and offered to take me the rest of the way. Not being one to turn down a handout, I hopped in. He was recovering from Lyme's disease, so he rented a car to enjoy town. I relished the approximate half mile I saved. 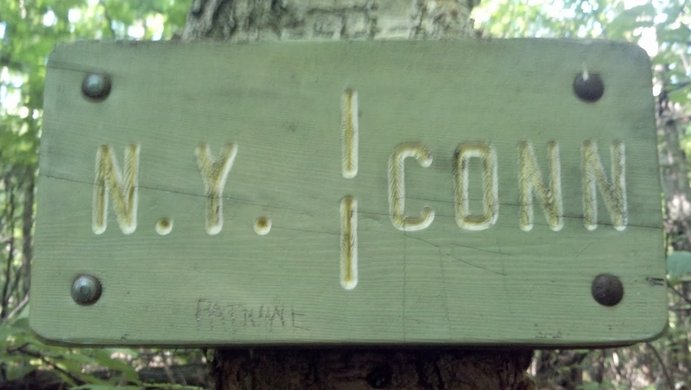 The hike to my shelter was similar to the hike into town, keeping me from picking up speed. I also stopped to talk to a lot of northbounders. I learned they planned to have a party at the shelter near Kent, packing out food and drinks. Based on the number of people headed there, I could imagine it getting pretty rowdy. But that is the April bubble for you! Always down for a party. Consequentially, my destination shelter wasn't busy at all. I talked with some nobos over dinner, but they're all tenting tonight. I had the shelter to myself until The Jesus rolled in with another sobo. PEOPLE!! I love having company; I'll surely be missing it in about a month.