Today I welcomed another visitor on my hike. This time I met up with Ben, a friend from my undergrad club running team. He's lives in Connecticut, so he made the quick drive across the border to hike with me on my first day in the state of New York. The trail was kind to me on my trip to our meeting spot, so I arrived at NY highway 22 a little early. I charged my phone and ate a snack at the hiker-friendly garden center nearby, but soon Ben arrived. As soon as we started hiking south, we passed the famous Appalachian Trail railroad stop. On the weekends, a train runs into New York City from this spot. The "station" was hilariously small. It consisted of a small platform with about three seats situated next to the tracks. Supply meets demand, I guess. 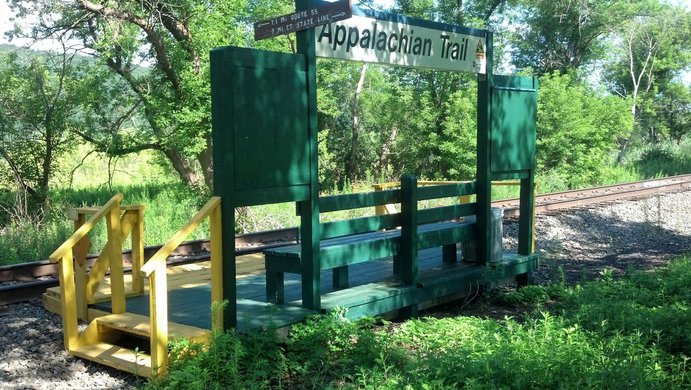 Ben and I caught up on each other's past year, ticking off some miles in the process. His latest project is getting to the highest point in all 50 states. He's knocked off almost all of the northeast, but it has still been too inconvenient to get to Katahdin. Maine is just really remote. Again, I was really thankful to have an old friend visit. After we said our goodbyes, Ben turned around to run back over the trail we had covered together. My spirit was lifted, and I looked at my trail guide to see what was coming up. At the bottom of the page, I spotted the RPH Shelter. I had heard of this one in particular because it's one of the only AT shelters where you can get pizza delivered. I had a clear goal for the day, my legs were feeling good, and the terrain was cooperative. I cruised effortlessly on the smooth ground and tried to savor it; I've heard New York has some crappy rocky sections, so I have to count my blessings. Basically every nobo I've talked to has mentioned how much New York, New Jersey, and Pennsylvania all suck. Considering that's a collective 400 miles of trail, can you imagine my chagrin? I've been finding joy in the small things (FOOD), and so far I've stayed happy. It also helps to look forward to Virginia and beyond. Also, apparently Maryland has mountain goats. 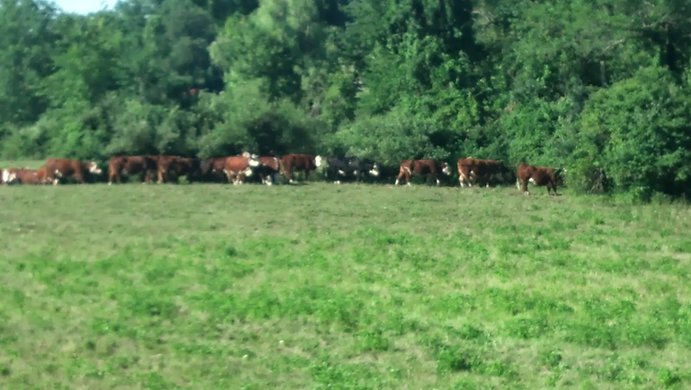 Being someone who is primarily motivated by food, life is good right now. I am beginning the "deli walk", a stretch through New York and New Jersey where you're never too far from civilization and, as the name implies, delis abound near the trail. This explains the RPH Shelter, which exists in the caretaker's backyard. Being in a suburban neighborhood, pizza delivery is up for discussion. I pushed over the last undulations in the earth, walked under an overpass, and saw the privy. Often, the privy is the first sign that a weary hiker has reached his destination. I let out a whoop then immediately ordered a pizza. I played it safe and got the large, topping it off with garlic to ward off the mosquitoes. As I waited anxiously for my delivery and tried to keep my hand out of my food bag, nobos started to roll in. I've found that the April-start nobos tend to wake up later and hike later into the day. This was a good crew, and I had a good time sitting around the picnic table and talking with them. I ended up eating far too much pizza (SURPRISE), and I retired early, smiling to myself over a successful day. 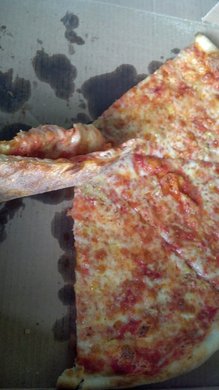