Well there you have it. I made it through my first real 30-mile day! Everything went smoothly to start: easy packup, nice temperature, no rain. Then I started to walk. The tendon or muscle on my right shin was pretty sore, which was weird because it didn't hurt at all yesterday. The other one had done this in the hundred-mile wilderness, so I knew it would be better with time. I had, however, already made up my mind that I was doing 30. The plan was too perfect. After today, a long day would put me in Duncannon, home of the legendary Doyle Hotel. I have been flip-flopping on whether to go or not. I had been dead-set at first, but I had been talked out of it by pessimistic nobos. Well I'm going! But back to my story. It was just really, really annoying to have this nagging pain in my shin. I figured it would go away as I warmed up, but no. It was there all day, driving me nuts. I stopped at the 501 Shelter, another one where you can order pizza. I cried silent tears that I couldn't stay here. It's really nice, well lit, and there were two housecats. One was a kitten who was ridiculously cute. I ate some food (okay, a lot of food), filled up my water, and headed back out into the pain.

It started to sprinkle, so I put on my pack cover, limiting the shower to about 20 minutes. I kept the cover on for good measure. I kept on trucking, finding ways to minimize the dull pain on downhills. I would stretch on a rock, lengthening my Achilles and actually shortening the muscles in my shin, but it felt so great. I would do this periodically, whenever it got to be too much. I will admit that after 26 miles, I got to be pretty grouchy. Also, mood swings started to kick in. I would be resolute one second and then begging to be done the next. I finally arrived at the shelter and found one nobo already there. He cheered my decision to stay at the Doyle, so I feel happy I am here now. I was later joined by a nobo section hiker and a sobo who started in New Jersey named Bernie. I am pleased to know that there will still be people on the trail even after the bubble of nobos have passed! Sorry about the utter lack of philosophical thought; my mind was on my tendons today. Tomorrow I will be fresh and ready to see the disgusting spectacle that is the Doyle!! 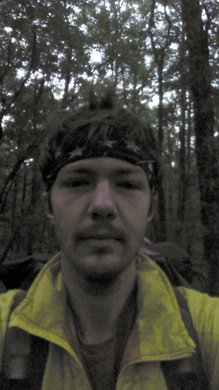 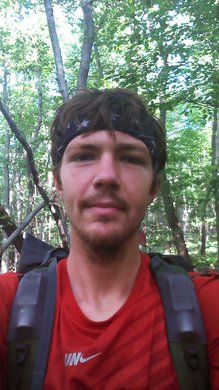 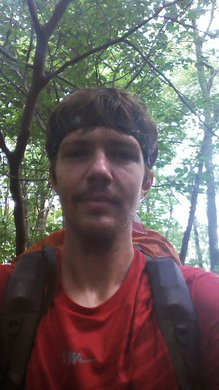 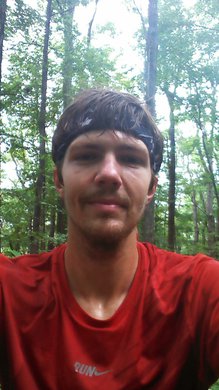 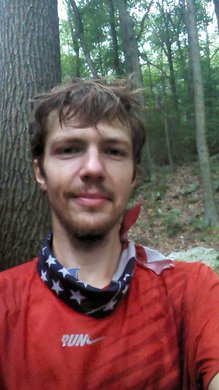